The Internet Pavilion for the Venice Biennale 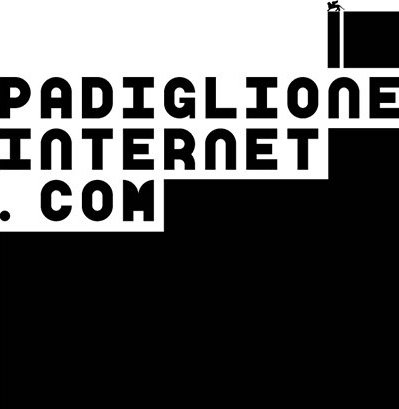 The Pavilion was born in Dec 2009, when Daniel Birnbaum, director of the 53rd Venice Biennale, invited Miltos Manetas- through curator Jan Aman- to propose a project for his Biennial. For the first edition of the Internet Pavilion, Manetas and Aman invited to Venice a number of people involved with the activist website ThePirateBay.org to inaugurate the "Embassy of Piracy“.
The second Internet Pavilion in 2011 hosted the "Island of the Net“, inviting all kinds of alternative artists through BYOB (Bring Your Own Beamer) operation, an exhibition series created by Rafael Rozendaal.
The third edition of the Internet Pavilion in 2013 was curated by Dos Francescos (Francesco Urbano & Francesco Ragazzi) and was dedicated to the Unconnected.
The fourth Edition in 2015 was about LOOKING AT the internet (Before Togetherness)
In 2017, the Internet Pavilion will will be TOGETHERNESS.
Keep watching...

After having sailed together with the PirateBay in 2009 and after having conquered the island of San Servolo in 2011, the "Internet Pavilion" is now based in the old Oratory of San Ludovico, a holy church from the XVI Century. On the bare walls of the little Chapel, Miltos Manetas realizes a cycle of oil paintings inspired by the devotional paint work of the Venetian Renaissance. However, if Vittore Carpaccio - for example - in the Scuola di San Giorgi has glorified the gestures of St. George who killed the dragon, the Greek artist chooses a totally different kind of holy protectors for his Church. Patron saints of the Internet Pavilion are in fact the Unconnected: those people who indeed still live without an email or social network account, miraculously immune from internet dependency.
In an age like ours, where the border between real and virtual has collapsed, the digital Unconnected seem like real monks or holy men who – voluntarily or not – are detached from the world through an ascetic practice, being free from the chaotic flow of images and information. To show them how life works in the era of smart phones, between 2.0 vices and multimedia paradises, there is a “Tintoretto style” painting by Miltos Manetas, portraying the postures and behavior of those who come in contact with the web. Astonished looks, fixed on small mobile phone screens, or the expression of thinkers filmed by the laptops webcams, animate paintings of various sizes which, set up in a sacred space, recall both the polyptychs or the altar pieces as much as the opened tabs on a computer desktop. To know who the Unconnected really are is not easy. For this reason the power of the network has been challenged. A recruiting campaign has been launched on Facebook during the 2 months preceding the opening of the Biennial. The social network users have been asked whether they knew people who weren’t online and requested to advise the Internet Pavilion staff about their first names and surnames. Quickly a series of identities from various profiles was formed: from the parents of very popular bloggers to famous singers and showmen. Among the Unconnected there are, for example, Luigi Ontani and Enzo Cucchi, two of the most well known Italian artists, or Donald Knuth, computer technician and emeritus professor of the Stanford University, who at a certain stage of his life decided to repudiate internet.
The list is clearly still incomplete. In order to evoke the spirit of the Unconnected inside the pavilion, some participants will act in the exhibition space on the opening day and in the following months. Particularly the bharatanatyam dance expert Marianna Biadene and the computer engineer Pasquale Fedele, who specialize in neuron interfaces. The borderline meeting between contemporary dance, ritual and brain control, under the sign of painting, will give life to a lyrical moment, unique and one-off, which will distance the audience from the expository bulimia typical of the Biennale to be transported to a contemplative dimension of inner peace. The multiform results of the III Internet Pavilion are collected in the exhibition’s catalogue. The publishing is a special edition of Solo, the monographic magazine edited by AcM Collezione Coppola: a precious element to decode the history and the symbols of this Internet Pavilion 2013. The research of and about the Unconnected will then continue in unpredictable ways thanks to the collaboration with Nero Magazine. Produced by: Associazione E, AmC, Nuova Icona, Collezione Coppola Media partners: Gloria Maria Gallery, NERO, My Art Guide, Lightbox, UP3 Architetti Associati, Liquidweb, Drago Publishing.

To understand this years Pavilion, I have to tell you first about the next one, the Pavilion I am planning for 2017. The theme will be TOGETHERNESS and that was actually the theme that I envisioned initially for 2015, but then I realized, that we are actually very far from TOGETHERNESS yet .. And when I say far, I mean we are far from even start thinking seriously about Togetherness: we are still at the stage of a-man-in-front-of-a-computer-screen, looking on what we call ”internet”. So, I decide, to take a closer look to that “internet” by making one or two videos per day, recording everything and recording myself and others as well, while we are "looking“.

For the first edition of the Internet Pavilion, Manetas and Aman invited to Venice a number of people involved with the activist website ThePirateBay.org to inaugurate the „Embassy of Piracy“. Just a few hours after the press-statement of Padiglione Internet was released, the administration of the Venice Biennial began receiving calls from the Berlusconi Government ordering from them to cancel the invitation of ThePirateBay.